Warren Cowan of Brisbane, with his sand sculpture of a horse which he created on the sand at the Blue Dolphin Holiday Park, recently. Image: Contributed
From the Newsroom Local News

Every January the Cowan and MacKenzie families from Brisbane, head south to Yamba for their annual holidays.

In 2019 the Cowan and MacKenzie families formed a team (aka the “MacCowan” team) and entered the sand art competition, taking out second place for their creation of a turtle.

In 2020, the McCowan team created a mermaid which took out the senior sand art trophy.

This year only the MacKenzie family made it to Yamba in time for the competition, as the Cowan family were caught up in the Brisbane COVID lockdown, when the Family Fun Day was held.

Needless to say, “team MacCowan” missed out on entering the traditional and much-loved annual event.

Each year the two families stay at the Blue Dolphin Holiday Park in Yamba and when the green light was given by the Queensland Premier and the COVID restrictions were lifted, the two families were able to reconnect, once again in Yamba.

Team MacCowan spokesperson Lou MacKenzie said that the two families spend each year planning what type of sand sculpture they will create for the coming years event and had planned to create a crocodile at this year’s family fun day.

Despite the disappointment of not being able to create the sand art sculpture on the day, sand artist Warren Cowan set about creating some art works on the sand at the Blue Dolphin, for the guests.

Warren started off with a sand sculpture of a horse which drew a huge crowd of curious onlookers, who watched on as the creation came to life. The next day he created the crocodile, which had been planned for the Rotary Fun Day.

Although they missed out on their favourite event this year, team MacCowan’s spirit of sand art was still showcased, bringing joy and lifting spirits within the Yamba community. 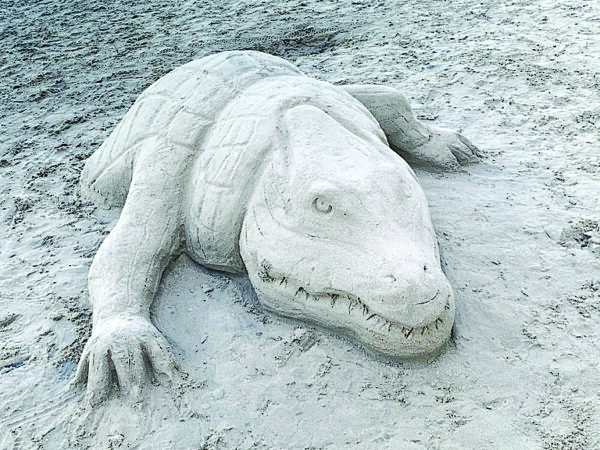 Warren created a sand sculpture of a crocodile, which the MacCowan team had planned to create at this year’s Rotary Family Fun Day. Team MacCowan were unable to enter this year’s event due to several members of the team, who were forced into Brisbane’s COVID lockdown, at the time. 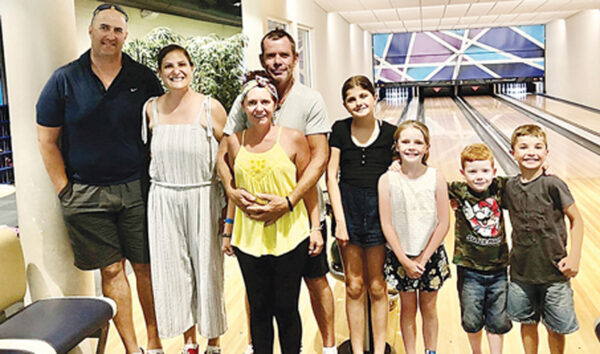