The National General Assembly (NGA) is convened annually by the Australian Local Government Association (ALGA), is the peak yearly event for Local Government, which this year attracted more than 1000 Mayors and councillors’ from across the nation.

The NGA provides a unique opportunity for Local Government to engage directly with Federal Government, to develop national policy and to influence the future direction of councils and their communities, something Cr Waites said she took full advantage of.

Something she wasn’t anticipating was a special meeting with the new Prime Minister Anthony Albanese, to discuss the Clarence Valley’s flood recovery.

“Anthony Albanese invited one representative from every council from the Northern Rivers to a meeting with Minister for Emergency Management Murray Watt,” she said.

“He wanted to know why I was there and what I wanted, so I made myself known to him and explained what the Clarence Valley needs.

“We spent about half an hour with Minister Watt explaining everything that happened with the flooding and what happened from the Clarence Valley up through the Northern Rivers to the Queensland border.

“I invited Minister Watt and Prime Minister Anthony Albanese to come to the Clarence Valley to see what we are actually talking about.”

Following the meeting, Emergency Management Minister Murray Watt visited the Northern Rivers and announced an expansion in scope and budget for a $11.2 million CSIRO flood study to now cover from the Clarence catchment to the Tweed. 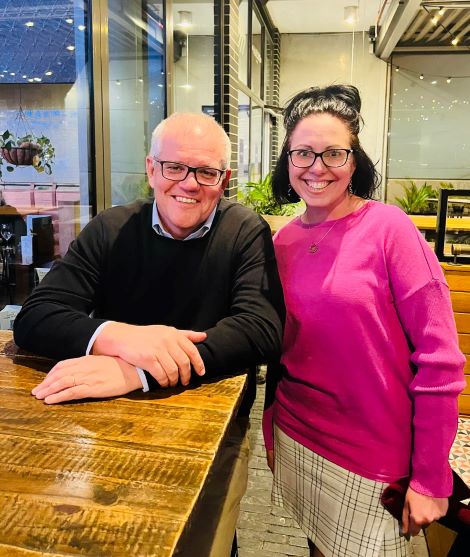 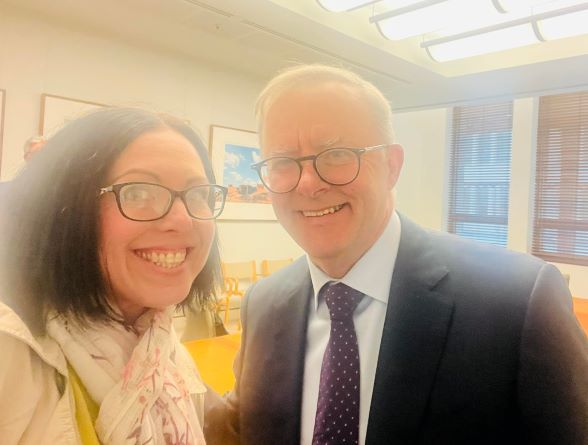 Mr Albanese said he hasn’t visited the Clarence Valley in a long time, Cr Waites said, and she would be following up to secure a date when he will visit.

Cr Waites was chosen to represent Clarence Valley Council at the NGA from June 19 to 22, at the National Convention Centre, at a council meeting earlier this year.

“There were just over 100 motions that we had to vote on and there were 537 councils that were represented,” Cr Waites said.

“So there were over 1000 people there, it was massive.

“There were guest speakers on many of the issues we were lobbying on like the housing crisis, climate change, motivational speakers and we had the head of the Local Government Association from South Africa speak.”

Cr Waites said she lobbied for funding for many projects including upgrading road infrastructure for flood immunity, raising levees and replacing pumps, funding for Grafton airport (the only local one that didn’t flood), crisis and short-term temporary housing for flood victims, long term flood and drought mitigation by dry damming, and financial support for volunteer groups including SES and RFS.

“We can’t achieve a lot of these projects without grants, so I was pushing for money for those,” she said.

As a real estate agent, Cr Waites said the worsening housing crisis was something she advocated strongly about.

“The housing crisis and the shortage has always been happening, but because of the flood it’s made it worse because we are now also housing displaced people,” she said.

“We did a workshop for over two hours just on the housing crisis and learned that because of Covid, everyone from the cities have been moving to regional areas.

“Everyone who was at the NGA was saying they are feeling the same crisis with the housing shortage at the moment.”

“I talked to him about how 97 per-cent of Government funding is spent on the after effect of a disaster and it’s only 3 per-cent that actually gets spent on ‘let’s fix it, so it doesn’t happen again’, or ‘doesn’t happen as bad’,” she said.

“I was making sure we were heard on what we need to move forward in the Clarence Valley.”

Cr Waites said she also lobbied David Littleproud and met former Prime Minister Scott Morrison at a tavern, known to be a local watering hole for many politicians.

“After David Littleproud spoke, I went to the foyer and waited for him so I could speak to him before anybody else did,” she said.

“I was with a friend who said, ‘this is where everybody goes out and has dinner and a drink’ and I had a look and there was Scott Morrison.

“I spent about 15 to 20 minutes at the local tavern, and he was really happy to talk as he understood because he was the Prime Minister at the time.”

Cr Waites said she took away valuable knowledge from the NGA and some things council can incorporate, which she will present to council at this month’s meeting.