In partnership with StarTime and the Children’s International Film Festival, the initiative was spearheaded by Camp Australia, Australia’s largest Outside School Hours Care (OSHC) provider to create an exciting term break for children across Australia, following another year impacted by lockdowns, ongoing restrictions and schooling from home.

During Camp Australia’s Spring holiday program, called Rocketeers, children were taught how to write, direct and act, and developed their own short films at services around Australia. Children in states impacted by lookdowns also got the opportunity to participate in the activity online, supported by instructional videos and live zoom sessions.

Camp Australia, Chief Executive Officer, Warren Jacobson, said the Film Festival was designed to provide children with a fun adventure; the power of film giving them the opportunity to express how they feel by getting behind, and in front of, the camera.

“We know children love movies and television, and art is an excellent means of expression for a range of emotions sometimes difficult to express through words alone.

“By offering children the chance to learn about something they already love, we were able to teach problem solving, social skills and gave them a platform to tap into their creativity as a way to express their emotions. In so doing, we hope we played some small part in helping to ease the anxieties of lockdown and to protect their mental wellbeing.

“Screen time has been a significant issue for many families and this was a way to get children behind the camera writing, directing and acting to create and thinking critically, rather than to consume on screen.” 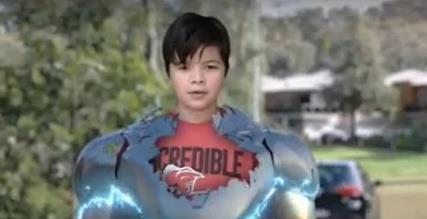 Adam Ross, Chair of the Australian Film Critics Association said: “An appreciation of film can start at any age, so we are proud to be supporting the Rocketeers Film Festival to showcase the incredibly unique and creative expressions of children who have been disproportionately affected by the pandemic.”

Australian Children’s Television Foundation Chief Executive Officer, Jenny Buckland, said: “The Rocketeers Film Festival provides a fantastic opportunity for children to think creatively and work collaboratively, while discovering the exciting world of film and television. Children have such wild and wonderful imaginations, and I’m sure the kids will create some great content.”

Erin Rosenberg, Festival Director from the Children International Film Festival, said: “Just as we celebrate our youngest cinephiles at CHIFF, so too are we thrilled to champion this up-and-coming generation of young filmmakers. We’re proud to be a part of the Rocketeers Film Festival this year and looking forward to showcasing the winning works on the big screen at CHIFF 2022.”

The Film Festival has also been supported by the Australian Film Critics Foundation, Australian Writers Guild, the Australian Children’s Television Foundation to support children with the power of filmmaking to express what can often be confusing and stressful emotions.

Awards were handed out on the big night for Best Original Screenplay, Best Film and Best Actor, and the Best State Films in each participating state/territory under both Junior and Senior age categories were also celebrated.

One lucky creator was also awarded a signed poster from Lisa Hoppe, screenwriter of H is for Happiness. Other prizes included a year of movies with 12 x child and adult movie tickets each. All Best State Films also won prizes.

About Camp Australia
Camp Australia (CA) is Australia’s leading provider of Outside School Hours Care (OSHC) and vacation care and has a mission of Guiding Children’s Growth through their services.
Camp Australia work alongside its 570+ partner schools, employing the best educators to deliver enriching experiences to help children learn and grow.