Caves Beach SLSC flexed its muscles in a dominant display of Inflatable Rescue Boat (IRB) racing to take out Round 1 of the 2022 Sharkskin NSW IRB Premiership in Terrigal at the weekend, but defending champions Kiama Downs is nipping at their heels.
It will be a tight tussle at the top when Round 2 rolls around in a fortnight’s time at Bulli in the Illawarra, with just 15 points separating the two clubs.
Newport SLSC rounded out the top three, sitting 30 points behind Kiama Downs on 83, while host club Terrigal are a further nine points adrift in fourth. 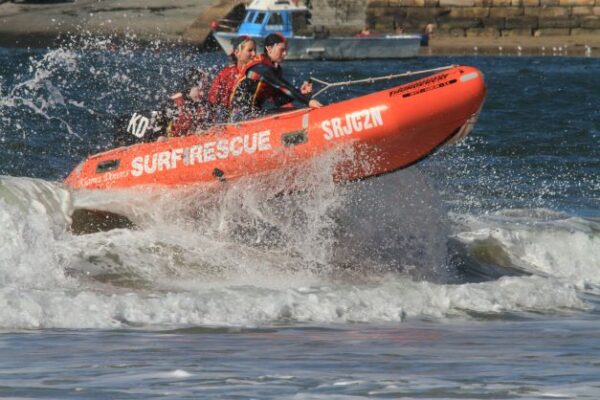 Competitors were met with tricky conditions across the two days of competition – unfamiliar territory for a Terrigal IRB leg traditionally known for calmer waters. Instead, a northerly swell sought to provide a stern test, while a blanket of fog added a further layer of difficulty in the opening hours of day one. 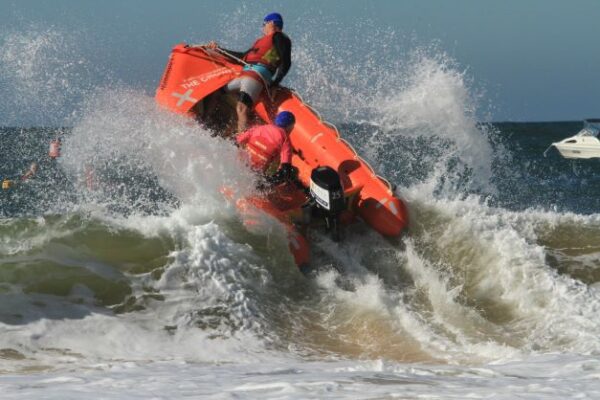 Terrigal competitors and brothers, Bailey and Lachlan Meikle, said the conditions weren’t like anything they were used to at their home beach.
“It’s been a long time since we’ve been racing,” Bailey said.
“It’s not like the last couple of years, but I like a bit of swell – it’s a bit of a challenge,” Lachlan added.
“When it comes to rescues these conditions make you wave confident.” 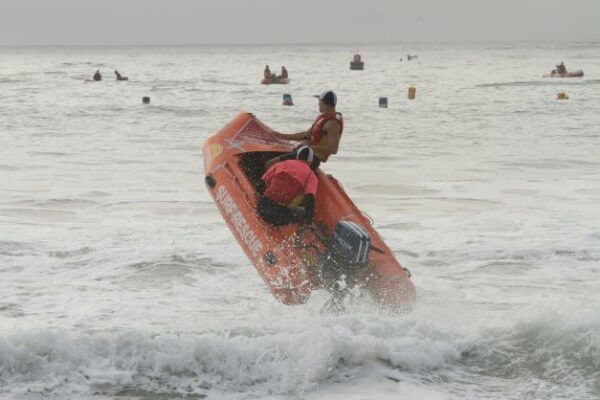 The swell was best navigated by Caves Beach, though, with the Hunter club taking out an impressive five finals on Sunday.
The enjoyment of healthy competition brought out hundreds of competitors, with Bondi’s Ron Krite – a competitor across the 45+ Mixed Mass Rescue, Rescue Tube and Surf Rescue as well as the Open Male Mass Rescue – describing it simply but with great effect.
“We’ve done a lot of training, but the end of last season was mainly training because we couldn’t continue,” he said.
“It’s just so good to be back.”
The next round of the 2022 Sharkskin NSW IRB Premiership will take place at Bulli on the weekend of 28-29 May.
IRB racing is the opportunity for drivers and crew to develop and hone vital rescue skills in simulated scenarios under pressure. The out-of-season sport also provides the opportunity for lifesavers to keep fit and connected throughout winter.
Round 1 Point Score:
Caves Beach 128
Kiama Downs 113
Newport 83
Terrigal 74
Queenscliff 38
South Maroubra 32
Avalon Beach 30
North Cronulla 25
North Avoca 22
Maroubra 22
Nobbys 18
Helensburgh Stanwell Park 10
Bondi 6
Bungan Beach 3
Coogee 0
Merewether 0
Moruya 0
Nowra Culburra 0
Ocean Beach 0
A full breakdown of results will be available later on the EVENT PAGE
Photographs and video of the event available here.