The first cane fire for the season lit the morning sky on Sunday, from Ross Farlow’s farm at Maclean. 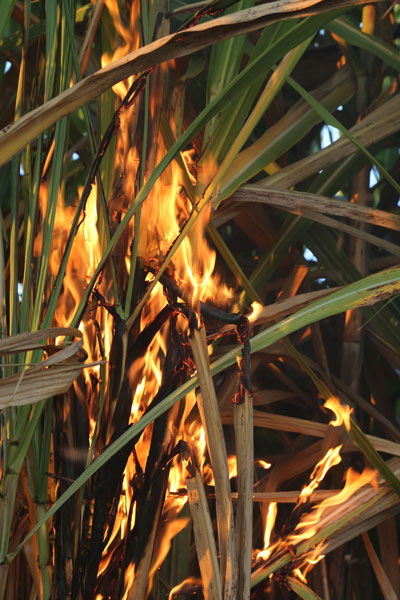 Speaking from his cane farm at 6am on Sunday morning, Ross said that it appeared they were going to be the first burn on the Clarence River this year.

“We’re trying to get some burns in before a little bit of sprinkly, drizzly rain comes along to upset our burning, so we want to get the harvest up and away,” Ross said.

“After the very, very dry period that we had last summer, it’s amazing what our crops have done since the rain came on and it looks like we will have about 560,000 tons of cane here on the Clarence this year.

“The (crushing) season will be starting Wednesday morning and goes through to round about 10 November, that’s when we’re hoping to get out by – so hopefully, fingers crossed everything will go well.

“Fourth generation cane farmer Ross said that his farm started growing cane in 1875 and it’s a long held tradition and the sugar industry’s been very good to our family and we’re proud to be in it,” he said. 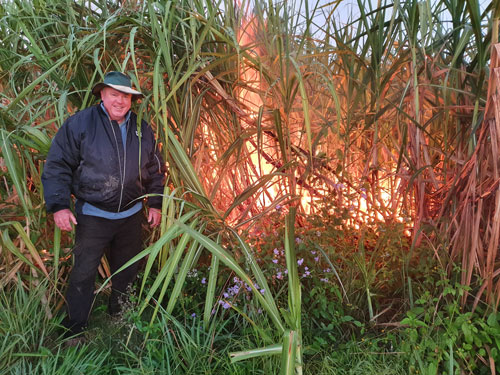 Crushing season is set to start across the three Northern Rivers milling areas, with an estimated 1.6m tonnes of sugar cane expected to be harvested between June and November.

The northern-most sugar mill at Condong on the Tweed will commence crushing on Tuesday the 9th of June, followed the next day by the Harwood sugar mill on the Clarence.

The Broadwater sugar mill on the Richmond has a later start date, with a commencement date of the 22nd of June.

All three sugarcane growing areas will see the fleet of new Mercedes Benz trucks hauling cane from farms to the factories. These new trucks not only deliver performance, reliability, and fuel economy benefits, but they come with a range of state-of-the-art environmental and safety features.

Safety features include adaptive cruise control and an automated emergency brake feature, which can automatically initiate braking for pedestrians, as well as lane keeping assistance and fatigue alert.

“As the areas in which we grow sugarcane have become more populated, it is imperative we balance running costs and community safety,” said Sunshine Sugar CEO, Chris Connors. 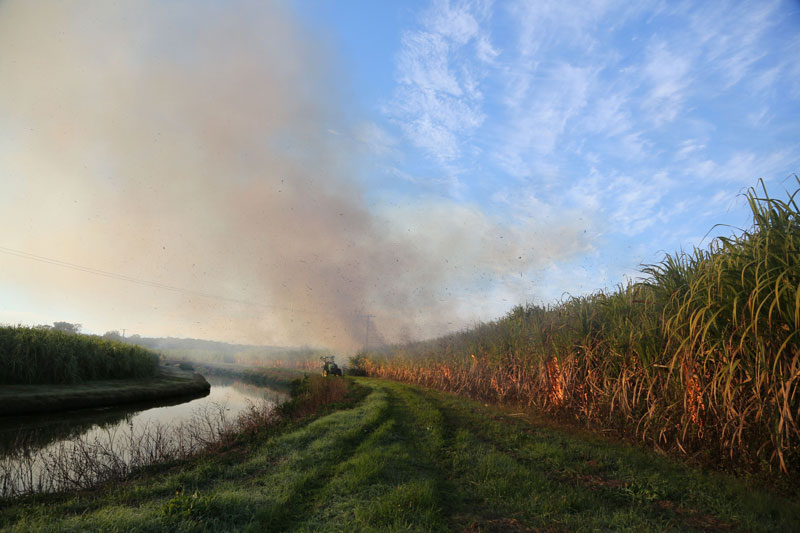 The Clarence Cane Industry is the biggest contributor to the Clarence Valley agri-food economy, with an estimated value of around $90 million. Made up of farming families, local cane growers have been a major part of the Clarence Valley landscape and community for well over 100 years – Sunshine Sugar