The Maclean Bowling Club Bobcats have taken full points for the second game in a row in the FFNC Premier League.

Taking on top 4 opponents South Lismore, who convincingly beat the Bobcats in the first-round encounter, the Maclean side was able to turn the tables with a 2-1 win.

A rare Friday night game at Barry Watts Oval Maclean saw a good crowd in attendance, hopeful of a strong performance from their team that has been building some momentum in recent games. The Bobcats would be without inspirational captain Jarrad Doyle but the return of the industrious Pat Delaney from a long-term ankle injury was more than welcomed.

It was a cagey first 45 minutes with both team looking for openings and countless half chances were created. For the Bobcats it was wingers Brady Power-Cassen and Luke Hanlon that were getting in behind the Souths defence and looking the most dangerous. The teams went to the break the same way they started at 0-0 in what was entertaining first half despite the lack of goals.

As the second half commenced Souths were down to just one interchange player and the Bobcats saw that as an opportunity to try and wear them down as the game progressed. Midway through the second half they took the lead. Nelson Burgess ran onto a through ball that saw him in a 50/50 challenge with the oncoming keeper. The ball rebounded out to Brady Power-Cassen, and he showed great composure from the edge of the box to slot the ball through a crowded penalty area to give the locals a 1-0 lead. The Bobcats were well on top by that stage and were looking to press home their advantage. That pressure led to Power-Cassens second goal with 15 minutes to go. His pressure on the defence saw a mix up between the defender who headed past his keeper which saw the livewire winger run on to tap into an unguarded net. 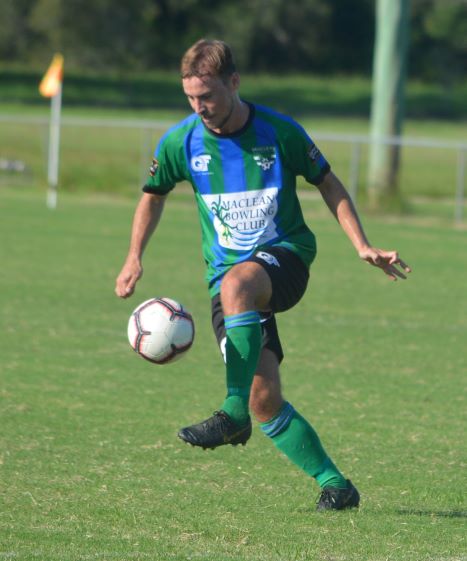 Souths pulled a goal back soon after to cause the Maclean supporters a few heart palpitations, but the Bobcats held on for another win that lifted them to within one point of the top five.

Brady Power-Cassen obviously stamped his mark on the match but much of the recent good form can be attributed to the improved performances of the back four of Ryan Jackson, Macca Allen, Jayden Grainger and particularly Clarry Skelton who is starting to grow into his first full season as a starter in the Premier League.

Next Saturday the Bobcats host second placed Alstonville in Maclean where only another win will keep their semi-final hopes alive.