Federal Page MP Kevin Hogan is actively promoting the Australian Government’s campaign with regular Facebook posts that compare local products with overseas-owned products, some of which are made in Australia by Australians for foreign companies that were once Australian-owned.

It seems simple enough, buy Australian made and owned goods and you’re doing the economy and your country a favour, right?

But dig a little deeper and, according to Spar Maclean proprietor Bob Little, it’s not so simple.

On Wednesday June 17, he posted on the store’s Facebook site: “I need your help!!! Australian Owned and Australian Made are currently huge emotive issues, and I have been asked to show my customers the products that are Australian made.”

Mr Little illustrated his frustration with some practical examples.

“It is very easy to put an Australian flag sticker on the shelf, but the big question is – how do I, as a Retailer, justify the issuing of this coveted title. Do you consider Coca Cola Australian?” he asks.

“Their product is almost 100% made in Australia, except for the secret cordial mix that HAS to be imported from America.

“The Company employs thousands of Australians, it trades under the name Coca Cola Amital Australia and proudly states, ‘Made in Australia from local and imported products’, but, I assume, a lot of its profits go back to the parent company.

“SPAR is an International Brand, but SPAR Australia is a 100% Australian family owned Company with all its profits staying in Australia.

“How do you feel about an Australian company that imports a lot of their product from overseas, when that product is readily available in Australia?”

On this last point, Mr Little reveals a number of Australian-made products that have no, or a small percentage of, Australian ingredients.

Bega peanut butter, made by an Australian company, he wrote, contains, “Less than 10% Australian product.

“Masterfoods Tomato Sauce proudly states on the front of the label ‘Made in Australia’, but on the back it has a maximum of 30% Australian product.

“As far as I know, prunes, peanuts and tomatoes can still grow in Australia.

“Surely Australian Companies should be supporting Australian Suppliers if they want an Australian Flag attached to their product.”

So, what is the Australian-made campaign?

Keeping in mind that Prime Minister Scott Morrison pledged $5million towards boosting overseas exports through a reinvigorated ‘Australian Made’ campaign prior to last year’s federal election, the current ‘internal’ campaign is being run in conjunction with the concept’s owner, a not for profit charity called: Australian Made. 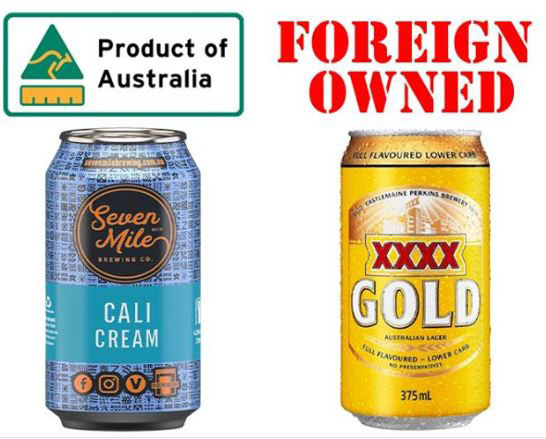 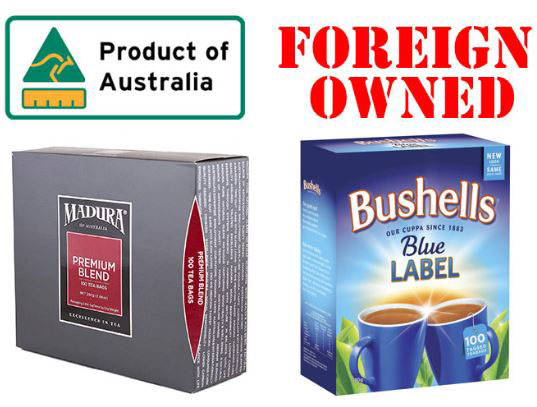 Its website calls “on Australia’s business community and all levels of government to adopt ‘buy Australian first’ procurement policies, to help fast-track the country’s resurgence as it plans its recovery from the impact of COVID-19”.

Meanwhile, it has been reported that consumers are complaining about the lack of cheap goods on Kmart Australia’s shelves; conversely others have encouraged Kmart to stock Australian-made goods.

Subsequent to Kevin Hogan putting out a media release on Wednesday June 4, the Independent requested an interview with Mr Hogan on several occasions, each of which he declined. 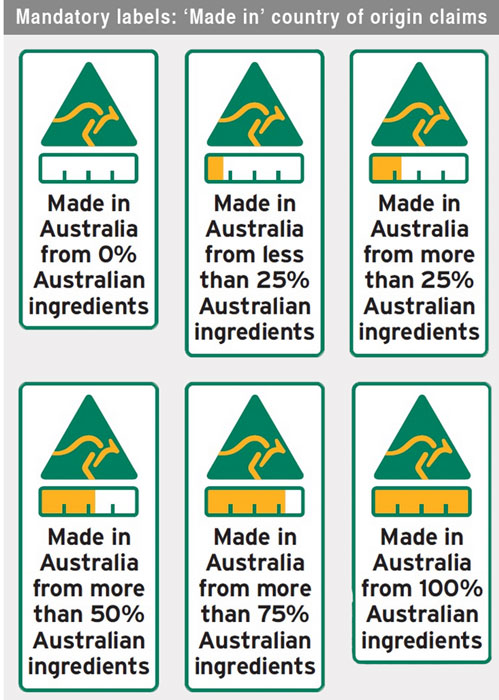 However, he did respond to an emailed request, in which the Independent wrote, in part: On the Australian-made campaign, it would be good to discuss this rather than composing questions [to be emailed], however: There’s a fair level of hypocrisy here, given the free trade agreements, the Nationals involvement in promoting them (China in particular – with Kevin hosting seminars and cancelling a forum due to Labor’s support for that particular [free trade] agreement).

However, all I am really seeking on this is some rationale that explains how on one hand, foreign investment and trade is encouraged and, yet, here we have Kevin pointing out competing Aust-made and overseas-owned products on his FB site, while at the same time the government has/is vigorously pursuing the ChAFTA [Chinese Australian Free Trade Agreement] built-in agenda (2015), which includes the following points:

Mr Hogan responded with the following comments: “It is now more important than ever to support our Australia 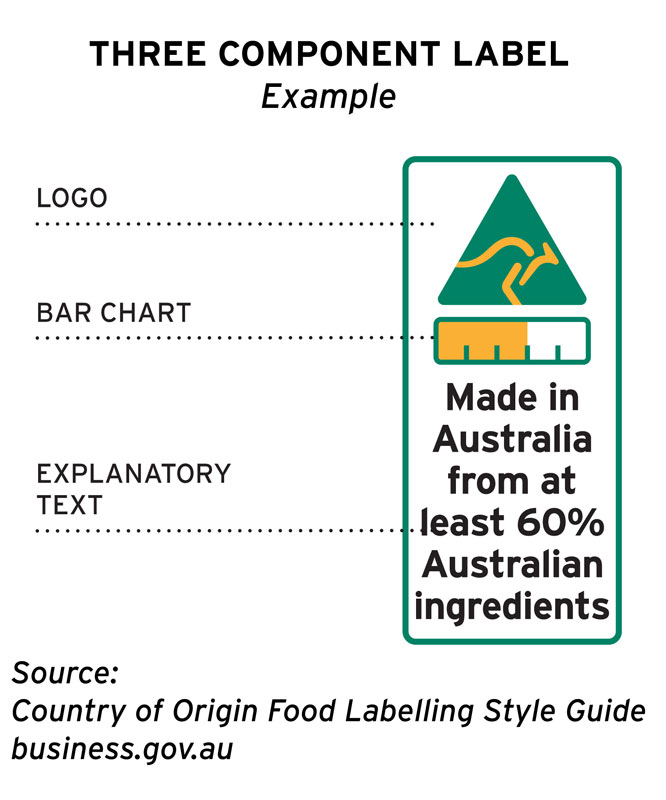 n made and Australian owned products and services.

“We are so lucky to have a diverse range of businesses in our region.

“Many larger businesses export products to overseas markets and it is important to support them.

“This new campaign aims to encourage both domestic and international buyers to look for the Australian Made logo.”

The Independent had hoped to speak to Mr Hogan to discuss free trade agreement concepts, such as the employment the agreements create in developing countries, how the relaxation of tariffs benefit Australian consumers and the associated complexities of foreign investment in Australia – previously Australian-owned companies sold to foreign investors that employ millions of Australians –, etcetera. 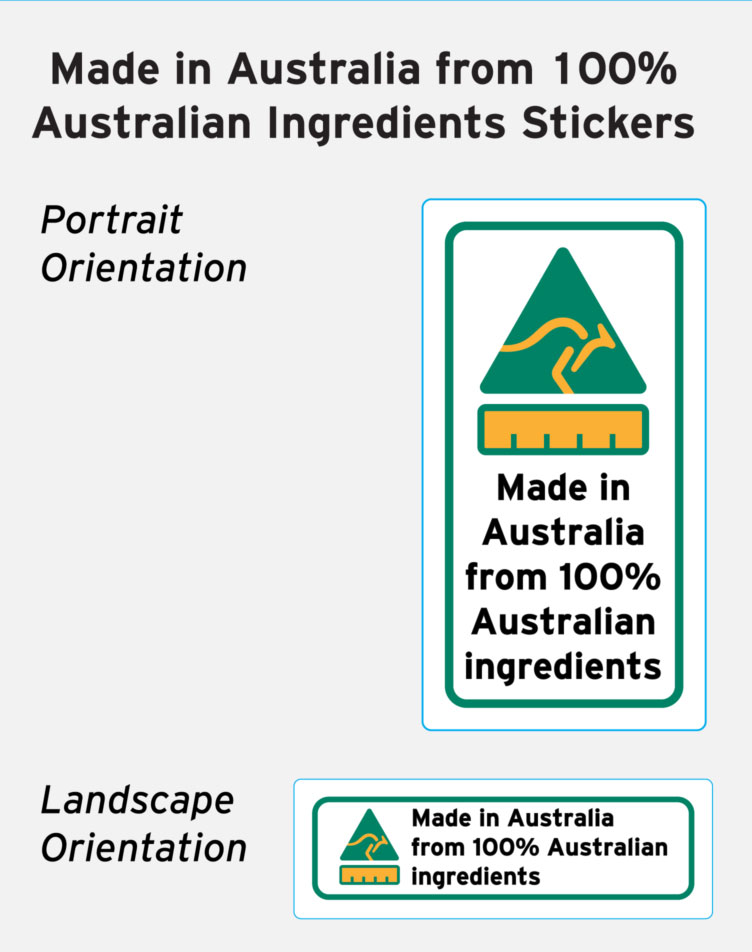 Mr Little offered Dick Smith “as a perfect example of 100% Australian owned and made” products, “And look what happened to his products,” he writes.

“He was given priority location in almost all Supermarkets in Australia, but most people went for the cheaper product.

“Price has become the number one focus of a lot of people (fortunately not everyone) and it is the reason that so many well-known Australian brands are vanishing.

“The end result is, if I put an Australian Flag sticker on a product, I believe, most Customers would assume it is 100% Australian.”