Australia Day at Palm Lake Resort Yamba was celebrated in Aussie style by over 80 residents.

The morning kicked off with a lamington morning tea supplied by the Maclean bakery. For those of you who don’t know, the lamington was invented in Qld in 1900 and named after the state’s 8th Governor, Lord Lamington.

Following morning tea, the energetic participated in some fun games. One bloke suffered the next day after putting extra effort into throwing the rubber boot a few to many times.

In true Aussie spirit Dave Griffith raised the Australian flag at 12 noon to the sounds of the national anthem.

Legs of lamb and snags were supplied by the Yamba Fair Butchery and cooked perfectly by Barry and Peter. Then how can you go past pavlova, fruit salad and good old cold watermelon.

We were entertained by Bill Kearns with bush poetry, thanks for some good laughs Bill. Everyone enjoyed the day. 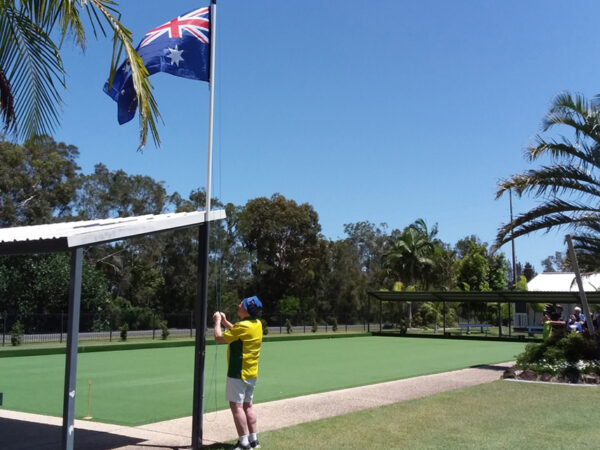 The raising of the flag