And this is being borne out in Australia’s red meat exports to China, which remain strong, according to latest figures.

The Rabobank update said African swine fever was still the major influence on global pork markets, and it continued to impact pig herds and restrict pork production in China, Vietnam, the Philippines and parts of eastern Europe.

Despite Australia’s total red meat exports being down 16 per cent year-on-year in May, exports to China are down only four per cent – reflecting strong Chinese demand in the wake of African swine fever, despite disruptions due to COVID-19.

“While exports into China are not quite at the levels they were at the end of last year – when African swine fever-driven pork shortages were driving strong Chinese demand and Australian production was much higher –  they are close to levels seen at the start of 2019, which is a positive outcome for the domestic industry,” Mr Gidley-Baird said.

China’s pork production is expected to decline by a further 15 to 20 per cent in 2020, while in Vietnam and the Philippines, declines are expected to be close to 10 per cent, prompting further import demand from these countries.

In China, Mr Gidley-Baird said, pork imports were expected to reach record levels, while imports of other animal protein types would also be strong. 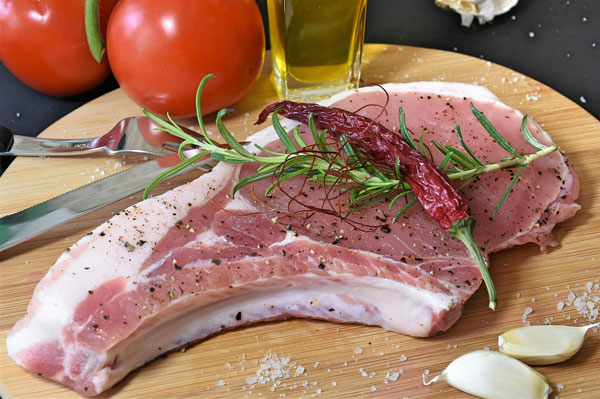 Rabobank maintained its view that China’s pork imports would reach a record level of about 3.5 million metric tonnes in 2020, with the majority of product supplied from the US, under the US/China ‘phase one’ trade deal.

However, Mr Gidley-Baird said imports for the rest of 2020 were still full of uncertainty, with disruptions to pork production and logistics in exporting countries, and movement in China’s domestic pork prices.

He said imports could ease through the current quarter, picking up again in quarter three and quarter four.

“But, COVID-19 and slower economic conditions aside, the protein gap created by African swine fever provides a strong demand force that will help support prices for Australian red meat exports for the remainder of 2020,” Mr Gidley-Baird said