Geoff Jones says his wife describes him as a “perfectionist pain in the arse”. But it’s this obsession with flawlessness that has made his
Clarence-grown beef the exceptional and sought-after product it is today.
It all began growing up on the family farm in the Clarence Valley, helping his dad and brothers raise cattle. It was a tough life, the Jones boys growing up without the luxuries that many others enjoyed. Geoff’s mind burned with the simple question that would ignite a long-long mission: “Why are things so hard on the farm?”

As he grew older, Geoff began chasing answers with the vigour and determination that had already made him an accomplished athlete in his school years.
The first battle Geoff faced was the beef industry’s vulnerability to markets. At times prices were desperately low, and producers were forced to chase buyers and take what they could get or face the prospect of having no income. The influence of big processors also put downward pressure on prices, with large volumes of beef exported as a lower-value product.
“I got over it, and thought, ‘why don’t we take it to the next step and butcher all of our own stock, take the middle man out of it?’” Geoff said.
The idea became reality around 18 years ago, when Holiday Coast Butchery owner Kenny Hurling became ill, and offered to sell the shop to Geoff. He jumped at the chance to take his beef straight to the consumer. The Clarence born-and-raised farmer kept on the shop’s existing staff – many of whom he had grown up with, attending local dances together.

Around the same time, red meat sales were in decline as white meats became increasingly popular. In 1997, national yearling prices hit a 20-year low. As chair of the Big River Beef Group, Geoff spearheaded the Clarence arm of a national campaign to bring red meat back into vogue, alongside the Meat and Livestock Association (MLA), Meat Research Corporation (MRC), and University of New England (UNE). The campaign focussed on the health benefits of iron from red meat, and was highly successful according to the MLA.

Then in 2000, a chance meeting was to revolutionise Geoff’s ideas on beef production, and take the quality and consistency of his meat to a whole new level.
It was at the Paddock to Plate competition in Brisbane, where Geoff had gathered with other beef producers from around the nation to compare product. Tasmanian Peter Chilcott was a well-known figure at the competition, consistently either winning or gaining a place. There was talk that the Tasmanian had developed certain ideas about breeding that were at the heart of his success, but it wasn’t until well over a decade later that mainstream media would report on the visionary’s “innovative thinking”. Geoff was fortunate enough to meet Peter, and the pair hit it off.

Peter shared with Geoff his ideas on breeding, which became known as the Supergene Livestock Evaluation System – the process of identifying cattle that have the ideal genetic characteristics to maximise quality and consistency of meat. It’s an extensive checklist, including flexibility and softness of skin, flatness of rib bones, width of mouth, shape of vulva or testicles, and height of hips. The system challenged the idea that a cow was just a cow, and Geoff was excited by the potential it offered.

But when Peter came to the Clarence to visit Geoff’s farm, he delivered devastating news: around half of Geoff’s herd was unsuitable for breeding.
Determined to create the perfect beef, Geoff was undeterred, and bit the bullet to cull his herd and buy in bulls that met the new stringent criteria. It paid off, resulting in significant improvements in quality and consistency of meat within just two years.

A strong believer in the adage ‘you are what you eat’, Geoff has also taken extreme care in creating the perfect feed for his prized cattle. His brothers, Gary and Warwick, along with their sons Matt and Stuart, are in charge of growing corn, soybeans and ryegrass, employing methods that ensure premium soil quality. The nutrients from this top-quality soil are then transferred into the plants, which are then harvested at just the right time to optimise nutrient levels. They are then mixed with molasses and barley; to create the ideal cattle feed.
Today, Geoff is extremely proud of what he has achieved through determination and consistently challenging the accepted norm. Earlier this year, one of his steers, that was purchased at Casino Beef Week, took out first place in the 431-500kg section – but more importantly to Geoff, he gets overwhelmingly positive feedback from his commercial and general public customers. Such has been the demand; Geoff has opened a second store in South Grafton, Red Bull Butchery at the Bi-Lo complex. Here, Geoff’s son, Chris ‘Smokey’ Jones, is the apprentice butcher and wife Toni-Ann looks after administration.
Considering Geoff’s ‘perfectionist’ approach to growing beef – all the way from breeding and feeding through to butchering and even cooking at the Red Bull store café ‘Steak-Out’ –, it’s fitting he promotes his product with the tagline: ‘From Conception to Consumption’.
Geoff welcomes anyone to drop in to the Mackay Street Holiday Coast Meats store to have a chat and check out what all the fuss is about. 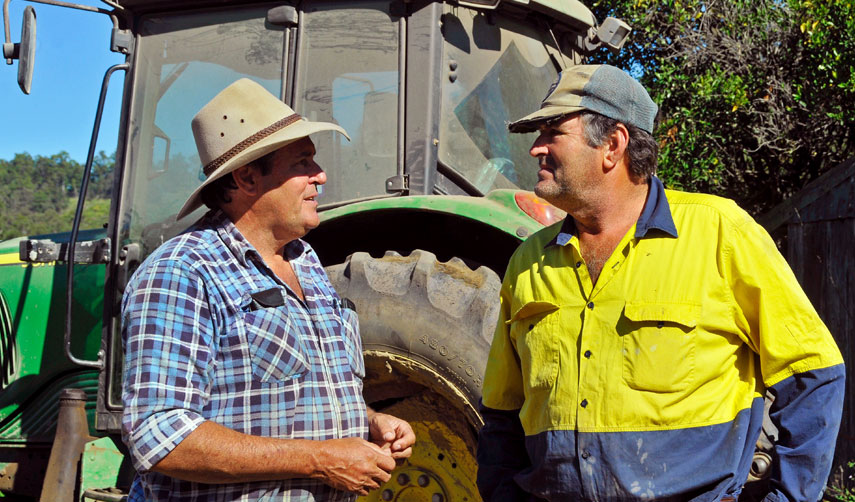 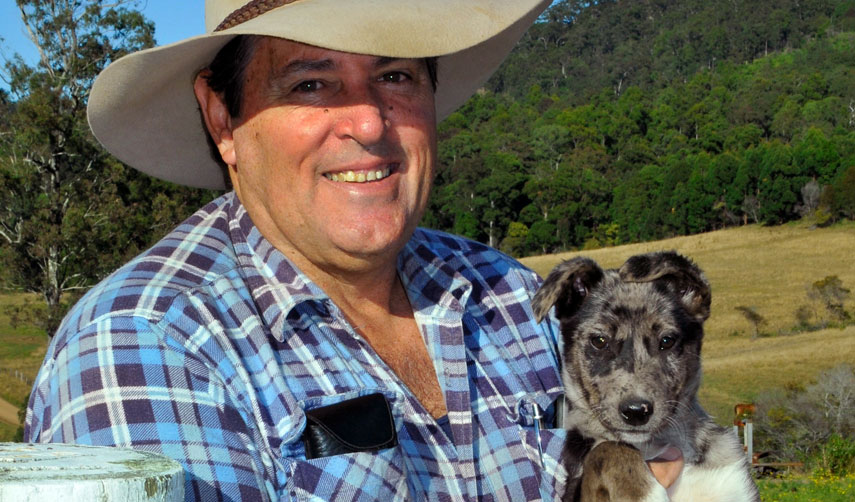 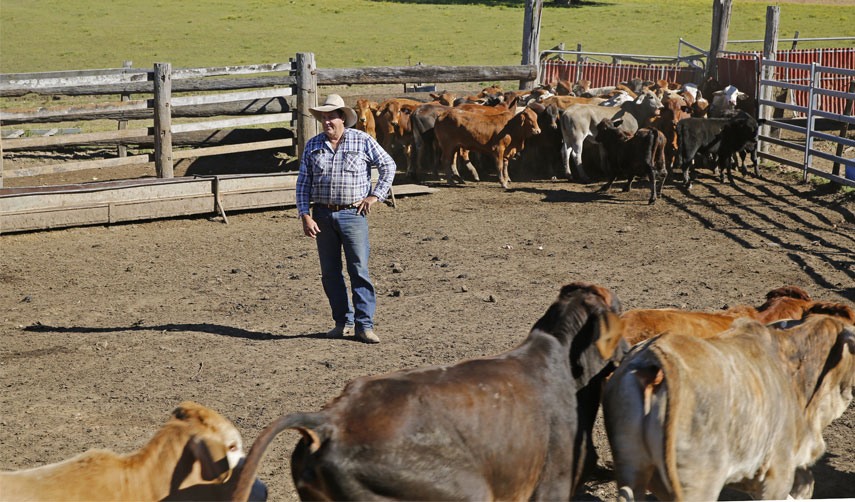 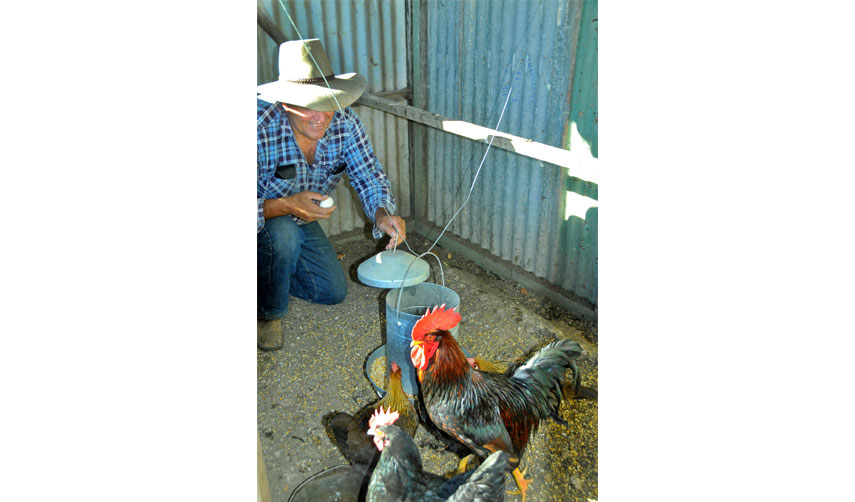 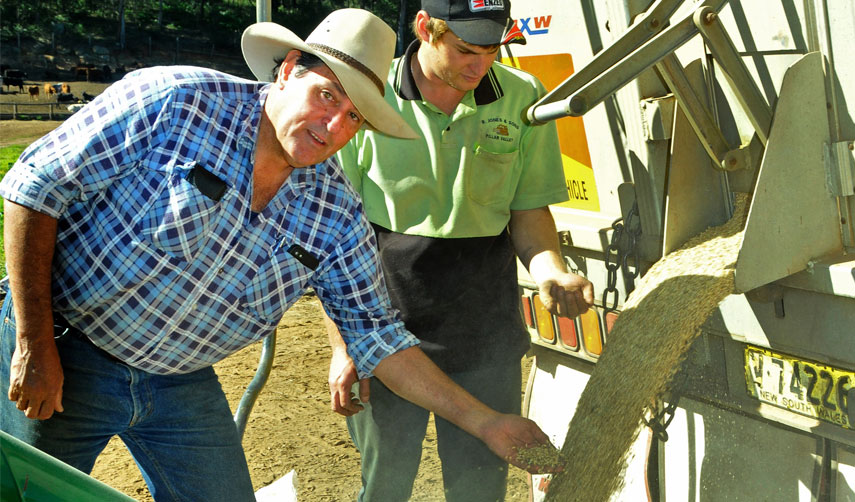 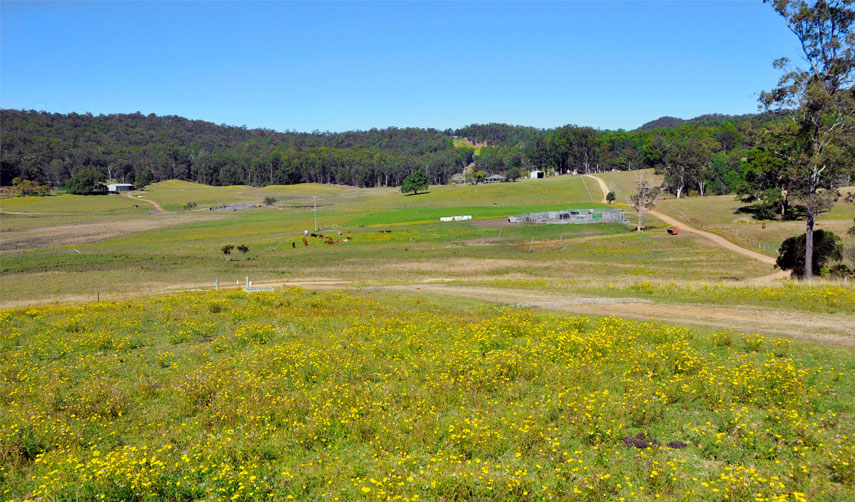